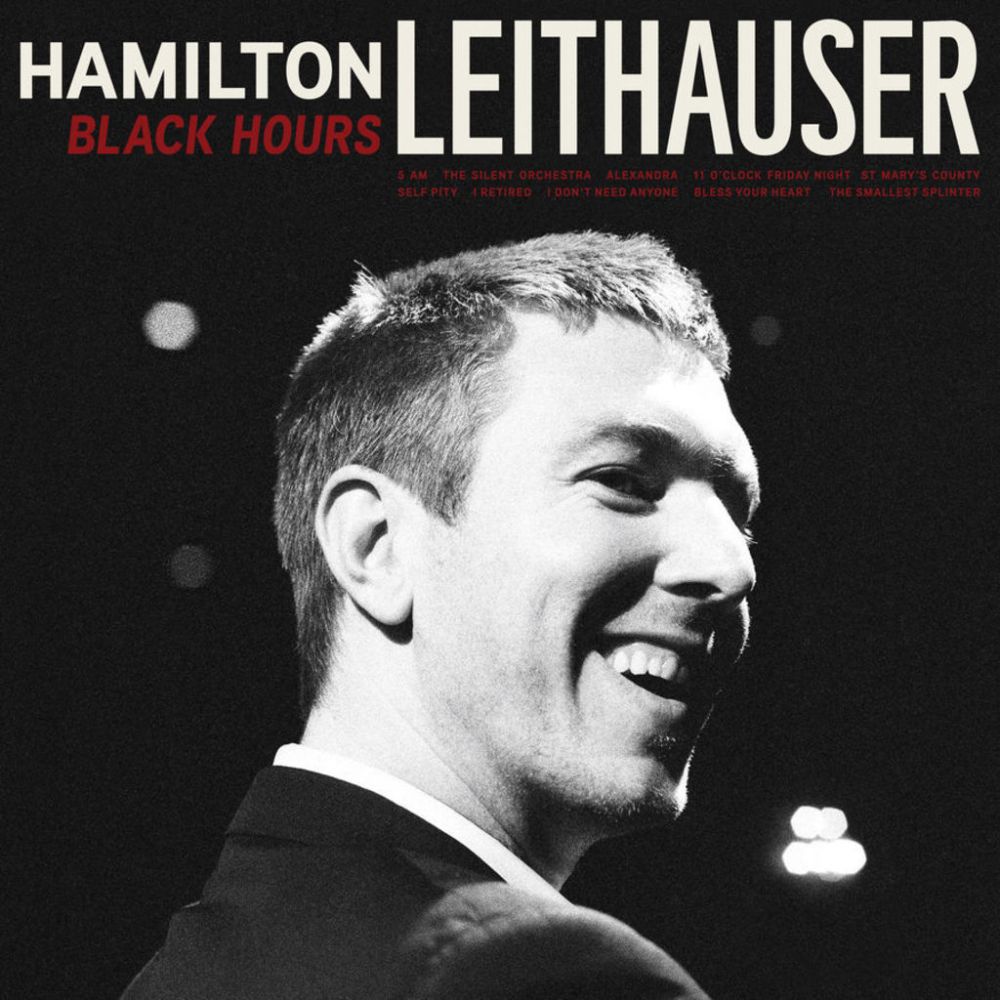 Who says we can’t go back again? This week we recommend the reissue of an iconic rock album, a collection of beautiful covers, crunchy indie rock jams, and new soul from a true legend. Set aside a slice of the day to take a stroll through this week’s recommendations from your favorite music nerds.

“Black Hours” showcases some serious songwriting, while Leithauser’s vocal chops remain strong and confident. We get marimba on the first few songs, with his first single “11 O’clock Friday Night” and “Alexandra” being the standouts. “Self Pity” builds on some great guitar work. “I Retired” throws in some Southern Gospel and hand claps at the end. “I Don’t Need Anyone” might be my favorite track, featuring elements from “Lisbon,” great harmonizing, and a rollicking feel that allows Leithauser to strengthen his vocals. His unique drawl is what has always sucked me in. And it’s on full display here. – Chris

It was really hard to pick an album out of this week’s releases. But I ended up picking Parquet Courts’ sophomore album “Sunbathing Animal”: Parquet Courts’ sophomore follow up to 2013’s outstanding debut “Light Up Gold” mostly sticks to the fast paced, nervous garage rock coupled with whimsical, introverted wordplay that characterized its predecessor. (See “Black and White”, “Always Back In Town” and this album’s title track.) Once again the Brooklyn quartet manages to craft a sound that combines a Pavement-esque slacker rock vibe with Lou Reed/Tom Verlaine-like NYC classic indie rock elements. However, this is not an exact redo of “Light Up Gold”. The band spent more time in the studio (which wasn’t a hard thing to do as they recorded their debut album within a span of three days). They’ve also decided to try something different this time around as well. For instance, they went beyond their usual three-minute length of their songs in tracks like “She’s Rolling” and “Instant Disassembly”. They’ve also added a minute long instrumental track in the middle of the album (“Up All Night”) which serves a nice change-of-pace to the overall sound of the record. – Chevel

There aren’t many surface-level signs that the album you are about to listen to is going to be good. However, when an artist’s name is followed by an ampersand (&) and ‘the’ – you might just be in luck. Sharon Jones *& the* Dap-Kings, Fitz *& the* Tantrums, Damon Albarn *& the* Heavy Seas, JC Brooks *& the* Uptown Sound, St. Paul *& the* Broken Bones, and Frankie Valli *& the* Four Season. Such is the case with Lee Fields *& the* Expressions. Lee Fields has been in the music business for 43-yeasrs and has been dubbed ‘Little JB’ – reflective of his similarity to the great James Brown. Unlike some his musically similar counterparts such as St Paul & the Broken Bones, his latest release ‘Emma Jean’ isn’t fueled by an outsider’s perspective of the fantastic soul and R&B music of 60s and 70s – This is a seasoned professional demonstrating his thoroughly developed trade. As one might assume by the title of the album, ‘Emma Jean’ is about love – and how love impacts your life. For instance, Standing By Your Side is a story about the persistence of love – How, no matter what, love will always be there. Contrastingly, In The Woods reflects the opposite side of love – Without it, you are lost. If you have recently gotten into soul music because of the recent resurgence in the modern music industry, then you’ll absolutely love listening to an experienced master poor his soul out on this album. I hope you enjoy! – d’Art

Brooklyn based Chrome Sparks is a music school kid who knows how to use a synthesizer. His latest EP, Goddess, is currently the Sci-Fi soundtrack to my life. – Rocky

This week I spent some time on the Indaba Music website. This is a web-based community where musicians can promote their music, collaborate with others, and enter remixing contests with popular artists. I first discovered the site a few years ago when Metric held a contest to get people to remix songs from Fantasies. I discovered some of my favourite Metric remixes while listening to the entries, including the the Twilight Galaxy (Death To The Throne Remix) http://www.youtube.com/watch?v=ntCzOR1m7Po#t=39 which I probably played about a gazillion times on turntable.fm. While checking out the site this time, I discovered that there’s a contest on right now to remix Tegan and Sara’s song I Was a Fool. Of course, I’m intrigued considering they’re another one of my favourite Canadian bands. I ended up finding a great remix by an artist calling himself loppnar. The track has a delightful 80’s influence and the remix really adds something special. Loppnar lists his influences as Boards of Canada, Chemical Brothers, Sigur Ros, Four Tet, Sun Glitters, and others and you can definitely hear these influences in some of his original tracks at https://soundcloud.com/loppnar – Christine

Follow the link below to check out the track:
https://www.indabamusic.com/opportunities/tegan-and-sara-i-was-a-fool-remix-contest/submissions/6e8caf7c-e21b-11e3-8fa1-22000a23954b

Over the past few years I’ve found that my magic album discovering time is when I spend a few hours working on photoshop, this case is no different. I’ve heard of Todd Terje a few times from various hobos and last night I finally got around to listening to it. This has turned out to be one of those albums that I loved as soon as it started, and whether for better or worse, it was over too soon.. I guess I’ll just have to keep it going in a loop, poor me. Some of the albums that I love that seem to speed by usually have some kind of common tone or sound throughout that makes all the tracks blend together. Unlike those, It’s Album Time keeps shooting you little changes that bring you out of that groove in the best way, then back into another.
What this album sounds like to me: 1 3/4 cups Shpongle and a heaping tablespoon of Fred Deakin. Hit it with a dash of funk and let it rise. – Dave P.

(Note: This is the second time we’ve recommended this album, which was also among our top picks for the year so far. If you have not heard it, then now would be a good time to indulge yourself.)

I am not the only one who claims their perception of music changed forever the first time they heard the opening riff of “Let Me Drown.” I really only knew Soundgarden from their ridiculous video for “Black Hole Sun,” which could be seen almost once every hour during the summer of 1994. But by the end of the first track, I was hooked. Superunknown was my summer anthem.

Soundgarden celebrated the 20th anniversary of the iconic rock album with a double-LP reissue of the album and a four-disc super deluxe edition  for compact disc and digital media fans. The group also launched a tour to support the effort and rock the masses once again.

If you have never heard the album, then this is your opportunity. If you have heard it, then you will find plenty of extras in the reissue to make it a brand new experience. Grab a cold drink, kick your feet back, and travel back to the summer of ’94 with me. Plaid is optional. – Jeremy