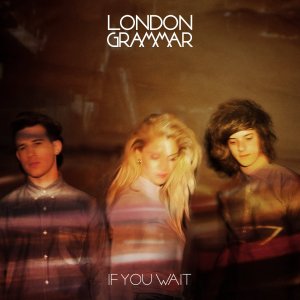 We have reached the end of another long, musically-fruitful week.  Everyone is pressed for time these days. Make it easy on yourself and maximize your time by taking a moment to browse through this week’s recommendations.

Recycle Culture is known for a hypnagogic pop or rave approaches to his songs and remixes. But now and then, or more precisely: on last year’s In Transit EP and his new Puzzle Logic EP, he surprises with ambient and chill moods. Puzzle Logic is one continuous mix of 12 individual “pieces”, clocking in at 28 minutes runtime, and one of the smoothest and most relaxing things I heard all year. Nothing revolutionary, but classical horns, flutes, piano and delayed beats from start to finish. -Henje

As temps rise and the color green slowly creeps back into nature’s palette, it’s natural to gravitate toward something a little more upbeat. This week I spent a lot of time listening to Bay-area DJ Viceroy, whose motto is “Summertime, All The Time.” All of his remixes and mixtapes are suitable for the more pleasant weather, but start with his recent Vita Tapes Vol. 3 mixtape.  It’s a fun blend of familiar and funky that should get your head bobbing. -Jeff

It’s the 30th anniversary of the release of Cyndi Lauper’s album She’s So Unusual. This is one of those albums that I loved as a kid. It makes me think about how I used to sit around watching MuchMusic, Canada’s version of MTV, watching videos by all those early 80s pop artists like Culture Club, Madonna, Eurythmics, and of course Cyndi Lauper. A deluxe version of She’s So Unusual was released this week that includes demos and remixes of some of the songs. Something that I really miss about turntable.fm is all of the remixes people would play. It is always fun to hear a favourite song remixed and reinvented, especially if it’s done well (but I also find the bad remixes kind of entertaining too). So my recommendation this week is one of the remixes from Cyndi Lauper’s album – Girls Just Want to Have Fun (Yolanda Be Cool Remix). This is definitely one I would have played on turntable. – Christine

London Grammar – If You Wait

What can I say, London Grammar is one of those bands that you fall in love with the voice then the rest follows. Hannah Reid’s voice is one of those that rings in your ear long after she has stopped singing, it just resonates. Once you get past her vocals, which I admit is a feat in and of itself, the rest of the band falls in line perfectly, each adding a piece that only adds to the quality of the whole. For me, this album was one of those that just clicked when I started listening. I suggest watching their performance on KEXP (https://www.youtube.com/watch?v=v-cmmT3YoF0), and if you are like me, you will have the whole album on repeat before the clip is finished. – Dave P.

Since I really shouldn’t be telling you about all the doom metal I ingest on a weekly basis (Pilgrim), I am going to recommend you listen to Mac Demarco’s new album, Salad Days. Demarco is a guy I would gladly have visit my house to smoke cigarettes in my living room while singing his rugged little heart out. I’d let him keep his shoes on, use my favorite Edward Gorey anthology as a coaster, and pass out face down wherever he chooses. Maybe I will email him. Get hype. – Rocky

If you are unfamiliar with S. Carey, then you will quickly draw a comparison to Bon Iver — and with good reason. Carey recorded his first record, “All We Grow,” while touring alongside former bandmate Justin Vernon. But “Range of Light” was created in Vernon’s April Base studio in Fall Creek, Wisconsin. The change in location and the focus can be felt in the recordings. I honestly replayed the album’s opening track “Glass/Film.” Each time I listened, I remembered another moment from my past. It dug up home movies in my brain and I smiled. But I finally progressed. Each song possesses its own atmosphere, at least for me. I feel confident a few tracks will nestle themselves within your playlists. – Jeremy