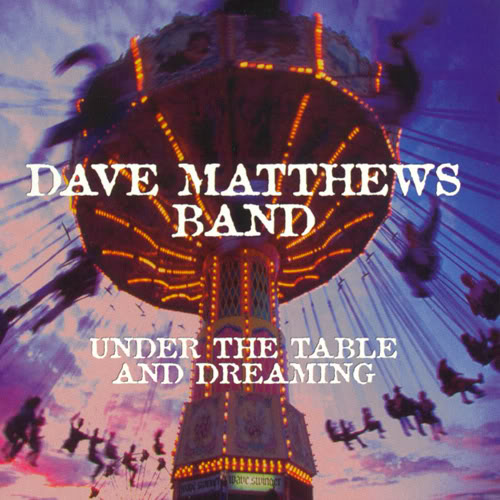 Even as the quality and quantity of new releases are starting to heat up, spring has a few of us looking backward.  In the case of one Editor-in-Chief, in particular, a very long way backward.  Enjoy these picks for the week, which represent a healthy balance between honoring the past and looking expectantly into the future.

Compilation DJ mixed albums can be rather hit or miss, as too much polish and post-production can leave them sounding shimmery and samey for the typical 70 minute run-time. The mixes that I’m most drawn to are those that pulse and evolve, ignoring genre boundaries or white label release dates to create a general collage of compatible grooves, melodies, and styles. The offerings under the DJ-Kicks series are generally interesting in this way, and the recent contribution by Germany’s Brandt Brauer Frick is no exception. Though it’s by no means a perfect set – it was, after all, thrown together live in an empty Berlin nightclub – it’s an eclectic blend of ambient electronica, minimal techno, Krautrock, and funk spanning decades (William Onyeabor’s “Better Change Your Mind” is a Nigerian funk track from the 70s) that never gets boring. -Jeff

Dave Matthews Band – Under The Table And Dreaming

My penchant for early Dave Matthews Band gets me a good ribbing here and there. When I mentioned that I had been listening to music from the 90’s a lot this week I GOT MADE FUN OF, so you know what? I’m owning it! Under The Table And Dreaming, released on September 27th, 1994, for the fucking win. Scoff all you want, I’ll be dancing. -Faith

Being skeptical about established artists and old heroes is one of the trademarks of TOHS, as you might know. And referring to himself in the third person is too, it seems. But I have a soft spot in my heart for Kevin Drew ever since his first album was released in 2007. While Broken Social Scene was a crowd and a party, on Spirit If… he only sang to me. That’s what it felt like, at least. His second album Darlings, out March 24 on Arts&Crafts/City Slang, admittedly isn’t contributing anything new to pop music in general, but his reverbed voice and the soft-padded instruments still feel like home to me. And you have to hold on to a few heroes, right? -Henje

In talking with a friend about our “12 albums that have stuck with us over the years,” one in particular emerged for my recommendation this week and still receives regular mixtape treatment. Although Mark’s Keyboard Repair came out in 1995 I dare you to challenge it’s longevity. Mark Ramos-Nishita is well-known for his backing of the Beastie Boys and his first solo album is 30 short tracks of synthy-bliss arranged and played over his badass collection of vintage equipment. The standout track that garnered most of the attention, especially in the Turntabilist community, was “Insects Are All Around Us.” You can start there. I feel pretty confident you will enjoy your listening experience. Get hype. -Rocky

Today I turn the page on another year and, as I age, I find myself drawn to simplicity and beauty. Ruu Campbell’s Heartsong offers both of these things. Ruu takes your hand and gingerly ushers you into his debut LP. However, he wastes little time introducing the diversity of the album. The driving rhythm of “Soul & Solace” perfectly compliments Ruu’s tender voice. “Believe in Me” comes off just as Hallmark as it sounds, but has an aftertaste reminiscent of James Taylor. The haunting harmonies of “There is a Place” almost seem like a tribute to Celtic arrangements. It is a perfect album for an afternoon drive in the upcoming spring. -Jeremy

As a follow up to his excellent LP, Lanterns (one of my top 10 picks of 2013), Ryan Lott will be releasing via Joyful Noise Recordings a four song vinyl EP on 05.27.14. The EP contains reworkings of four tracks from Lanterns, including a collaboration on “Easy” with the ultra-hot indie pop teen queen, Lorde. The addition of tribal drumming and Lorde’s voice on “Easy (Switch Screens)” gives the already ominous track an urgency not present in the original track. On a related note, I caught Son Lux recently (excellently fleshed out with guitarist Rafiq Bhatia and drummer Ian Chang) and highly recommend seeing them live ASAP. -Qbertplaya

War on Drugs – Lost In The Dream

There is a comforting fussiness to my week’s favorite album, the new The War On Drugs record, Lost In the Dream. Does Granduciel find himself lost in his own dream of what it would be like to be a rock king in the 80s? Or is there also a deeper, grander dream in these songs for us to hold on to? He has acknowledged that the album is more of a solo record than a War On Drugs album, as each of his bandmates was only brought in to record their individual parts. The driving force of many of the songs is uplifting, but the heaviness of his lyrics takes the music to a deeper place. Somehow, through the echoing guitars and keys and the wandering nature of so many of the tracks, there is a consistency and vision to engage with our imagination and the beauty in this large space Granduciel and his band are creating. The album is a grower and in it’s first week it has already grown to one of my favorites of the year. Look for its official release on Tuesday. -Scotland

“In detail you are even more beautiful than from afar. I could learn you like the blinded would do. Feeling my way through the dark. The past pulls faces of those who vaguely resemble love, but weren’t close enough. You remind me of the person I wanted to be before I forgot.” These are some of the powerful lyrics from “Palace” off the Wild Beasts new album Present Tense. “Wanderlust” is one of the best songs of the year so far and Present Tense is sure to be one of the best albums. -Christine